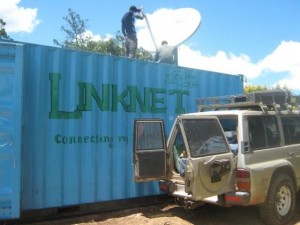 The BBC Click team recently visited some ICT for development projects in rural Zambia, which included a visit to a unique village called Macha, where Computer Aid has provided PCs and wiresless routers and a visit to one of Computer Aid's solar powered internet cafes in use in a rural village called Chikanta. The programme was broadcast over the weekend and in case you missed it you can still watch it here.

ICT for development charity Computer Aid International has appointed David Barker as its new Chief Executive Officer. David has previously been CEO or Director of four not-for-profit organisations: the Royal Academy of Arts, the Childrens' Trust, Practical Action and CABA. He has also worked at two international banks and was previously a captain in the army.